#1 vs. #2 for Both Boys and Girls Class 1 District 3 Championships Tonight on J98 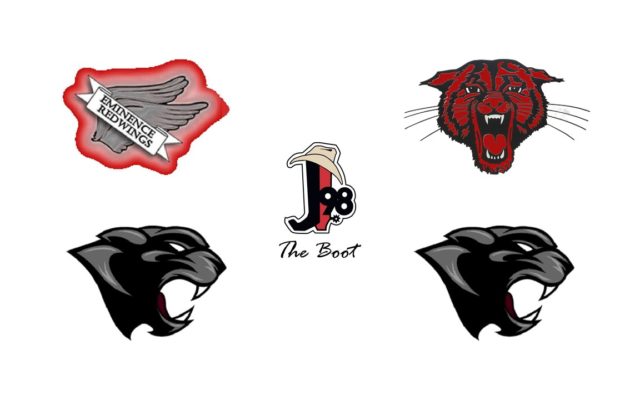 (Annapolis, Mo.) The Class 1 District 3 Championships get underway this evening on J98 as #1 South Iron takes on #2 Eminence on the girls side and #1 South Iron squares off with #2 Lesterville on the boys side.

The girls championship kicks things off as the South Iron Panthers matchup against the Eminence Redwings.

South Iron topped Eminence back on February 11th by a final score of 55-42.

Panthers head coach Lawrence Graves says the Redwings present a lot of problems with all their talent.

Eminence head coach Jim Blackwell says his team will need to play much better than they did in their semifinal win over St. Paul in order to beat the Panthers.

The evening concludes with the boys championship between South Iron and the Lesterville Bearcats.

The Panthers have won twice against the Bearcats this season, however it took overtime back on February 14th for South Iron to earn a 77-72 win in the matchup.

Panthers head coach Dusty Dinkins says he expects the trilogy finale to be another great game.