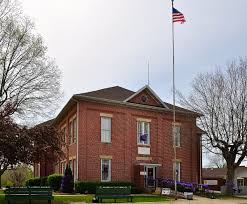 (Marble Hill) Two of the three individuals charged in a Bollinger County murder case say they are not guilty after having their arraignment recently.

21-year-old Brianna Roberts of Illinois was murdered in October of 2021.

Roberts had been missing since in mid-October.

Her remains were located by police on property in Bollinger County.

Investigators believe she was assaulted and killed by Kaitlyn Morgan and Eric Nanney, both of Glen Allen who are charged with first degree murder.

They became suspects when it was found out those two were the last individuals to have had contact with Roberts.

Morgan has pleaded not guilty.

Eric Nanney will have his arraignment next Tuesday.

He has also pleaded not guilty.

Ricky Nanney is scheduled to return to the Bollinger County courthouse next Thursday and Morgan’s next day in court is set for April 12th.