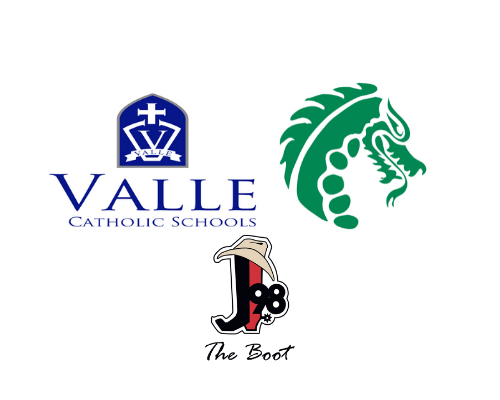 (St. Louis) Friday night’s Class 3 District 2 Championship game has a more grandiose feeling to it because the top two teams in the state are playing in it.

#2 Valle Catholic will head north to St. Mary’s high school to face the #1 Dragons for the chance to advance to the Class 3 state quarterfinals.

St. Mary’s has an explosive offense that’s led by wide receiver Kevin Coleman Jr., the 33rd ranked prospect in the nation for the class of 2022 who holds offers from Alabama, Florida State and Oregon among others.

Valle coach Judd Naeger knows it’ll be a challenge to slow the Dragons down.

Coleman Jr. has 19 total touchdowns this year. Nine different Dragon receivers have caught touchdown passes and they have five players with over 100 rushing yards.

So how do you keep their offense at bay?

Valle has the offense to keep up with St. Mary’s. The Warriors average 54 points-per-game and are led by junior Bryce Gielser who is nearing 2,000 all-purpose yards. Senior Aiden Heberlie has 650 receiving yards to go along with 11 touchdowns.

The question for Valle is who will start at quarterback? Sophomore Grant Fallert has started every game since his cousin Chase got hurt in week 4 but the junior returned last week in a minimal role.

Naeger was mum on how much Chase will play Friday night.

Valle Catholic is usually the team favored to win, no matter who the opponent is. Naeger sees it differently this time around.

The 10-0 Warriors face the 8-1 Dragons from the south side of St. Louis Friday night at 7. The game will be broadcast on J98 with the Fliegs Equipment Pregame Show starting at 6.