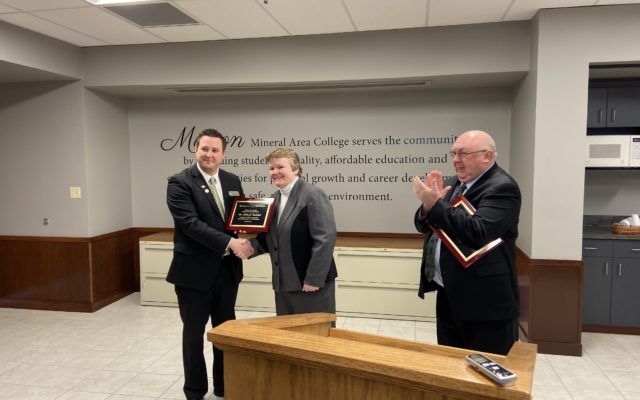 (Park Hills) A plaque was presented to officials with Central Methodist University by Mineral Area College President Doctor Joe Gilgour as part of the MAC Board of Trustees meeting today. The plaque was to mark the 30th anniversary of the agreement between the two colleges. Gilgour says it’s been a great partnership.

In other business from today’s meeting, the board approved increasing the campus safety and security fee from ten to 25 dollars. It was announced that enrollment for the spring semester is down by only 23 students and 138 credit hours. Kevin Thurman reported that 14 thousand dollars was raised from the trivia night held last month. And it was also announced that the MAC cross country team will be recognized by the state legislature on April 8th for winning the national championship last fall. 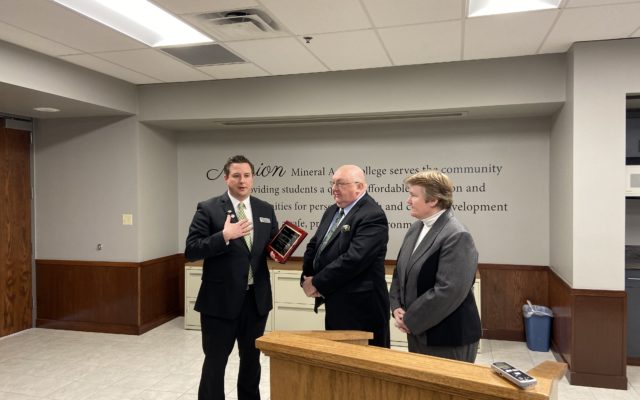 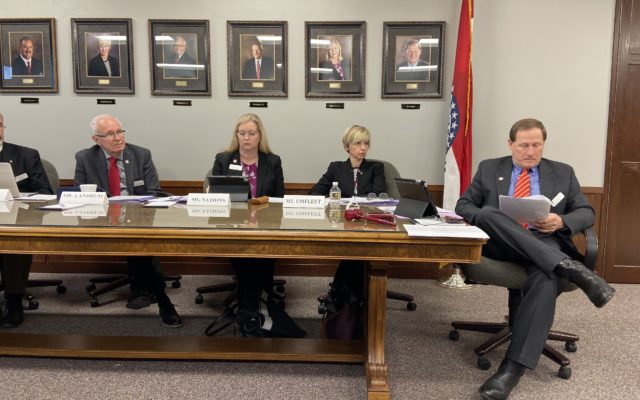