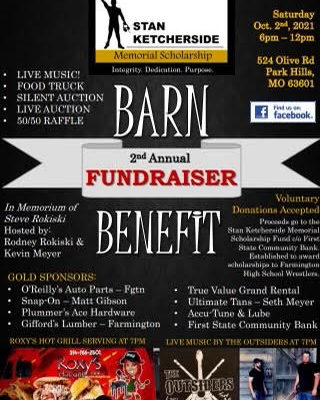 (Farmington) Final numbers are starting to come in from a special fundraiser held Saturday in Park Hills for the Stan Ketcherside Memorial Scholarship Fund. Julie Ketcherside helped to organize the event and she says it was a tremendous success.

Ketcherside says they couldn’t have done this without the help of a lot of people.

Clayton Barber was awarded the scholarship last year. This year’s recepient will be announced after the wrestling season is over. Hear more about the event below.