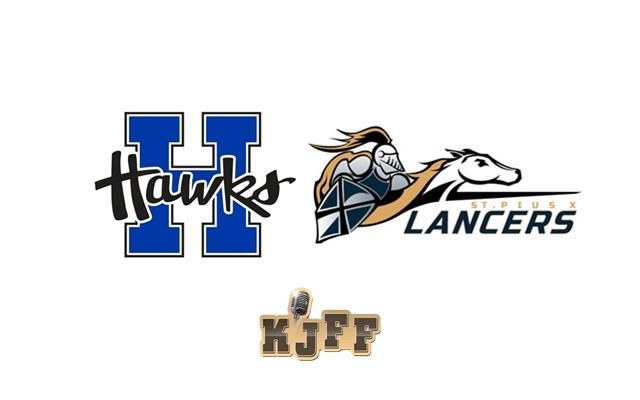 (Hillsboro) The Hillsboro Hawks had to hold on for dear life, but they fended off the St. Pius Lancers‘ comeback attempt and got a 45-42 win Tuesday night on KJFF.

Hillsboro was up by as much as 13 in the fourth quarter before St. Pius rallied.

Nate Ruble came up with a steal and and-one layup to eventually tie the game at 42.

It set the stage for a wild sequence, but one of the Hawks’ stars put them back in front.

Kyle Phipps finished with a game-high 20 points to go with what proved to be the winning bucket and was the Applebee’s of Farmington Player of the Game.

But the Lancers did get one more shot.

Hillsboro head coach Dan Johnson said it may not have been according to script, but a win is a win.

While the Lancers move to the US Bank Holiday Tournament next week in Rolla, the Hawks will head to the Central Christmas Tournament.