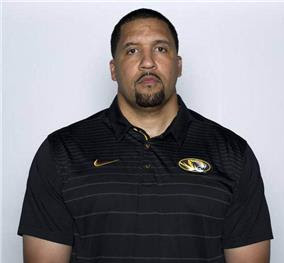 “In a special meeting this week, the Festus R-6 School Board of Education unanimously approved A.J. Ofodile, Jr. as the ninth Head Football Coach at Festus High School. Ofodile spent the last four seasons on Coach Barry Odom’s football staff at the University of Missouri. Prior, he spent 15 years at Rock Bridge High School in Columbia, Missouri, with 13 of those years as the head football coach.”

“During his 13 seasons as head coach at Rock Bridge, Ofodile was named District Coach of the Year three times (2006; 2010; 2013), his teams won four District championships, and in 2013 Rock Bridge advanced to the Class 6 Show-Me Bowl State Championship Game. During his tenure at Rock Bridge, he coached more than 45 D-1 signees.”

Ofodile commented on his hiring, saying, “I’m very excited to be joining the Festus family.”