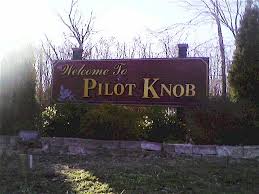 (Pilot Knob) A teenager is recovering in a St. Louis area hospital after accidentally shooting himself with a handgun in Iron County. A news release from the Iron County Sheriff’s Department says deputies were called to Iron County Medical Center in Pilot Knob at 8:30 Monday night after a gunshot victim was brought in to be treated.

When deputies arrived, they found a conscious and alert 18-year-old man who had a gunshot wound to his face.

Deputies interviewed witnesses at the scene of the shooting which was they determined was a residence in Pilot Knob.

Deputies determined the teen had been cleaning firearms after shooting at a gun range earlier in the day.

While handling a 9 millimeter handgun, the victim accidentally fired the weapon.

The round struck the man in the face.

The 18-year-old was later flown to the hospital in the St. Louis area and was reportedly in stable condition.

The sheriff’s department did not release the name of the individual.