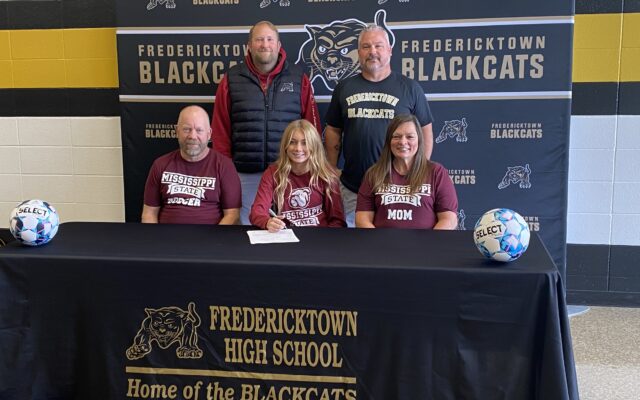 (Fredericktown) 2021 Spring Dream Team Athlete and Midfielder for the Fredericktown Blackcats Alivia Buxton signed her national letter of intent today to play collegiate soccer at Mississippi State University. Last season, Buxton scored 20 goals, had 8 assists, and holds the record for most goals in a game with 6. But she was also a force defensively with 74 steals and 43 defensive stops. Her game is more than capable of transitioning to the next level. She tells us about her signing and why she decided to make Starkville, Mississippi her new home.

Buxton still has another season wearing the Blackcat colors, she tells us what she hopes to achieve in her senior season.

While Buxton has a vast skillset that will help her in the college game, she says she wants to improve mentally and become a stronger leader before making the transition.

Buxton was also considering Ohio State and Memphis before choosing to become a Mississippi State Bulldog.