All Counties in Listening Area now have Emerald Ash Borer 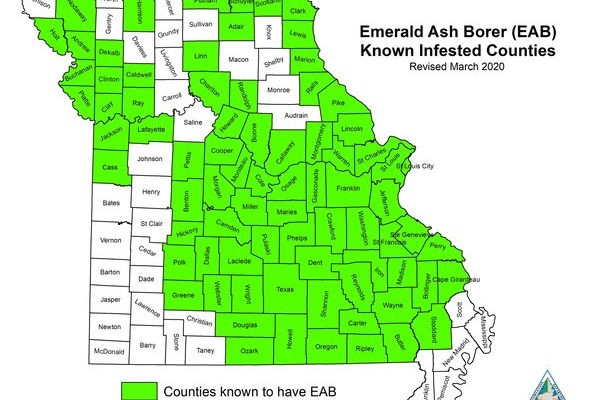 (Farmington) The Missouri Department of Conservation says the emerald ash borer is now in every county in the Regional Radio listening area.

In all, 78 counties are known to have the pest.

The emerald ash borer is a small, metallic green beetle native to Asia that attacks all species of ash trees, killing more than 99 percent of the trees it attacks.

One of the best ways to keep track of E.A.B. and its march across Missouri is to look for bark blonding, a term that refers to woodpecker damage on ash trees.

The M.D.C. says E.A.B. will likely be found statewide within the next few years.

The M.D.C. urges Missourians with ash trees in their yard to make a plan now to either remove those trees or treat them with an insecticide.

Ash trees typically show a pattern of declining health for 2 to 4 years before being killed by E.A.B.

Felled ash trees should be disposed of locally to prevent the accidental spread of the insect to new locations.

The insect can emerge from ash firewood and logs for up to two years after harvest.

The emerald ash borer was first discovered in the state several years ago in Wayne County.