All Iron County Jail Escapees have now been Captured 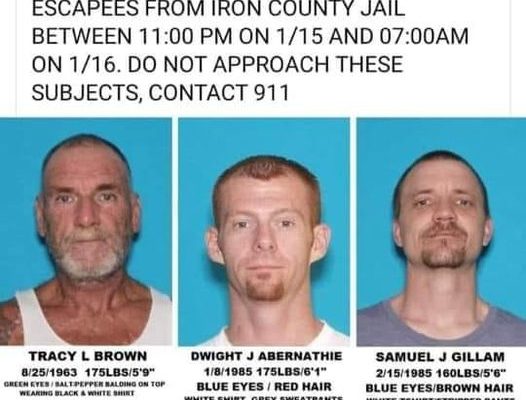 35-year-old Samuel Gillam of Park Hills and 36-year-old Dwight Abernathie of Ironton were both captured in Colorado.

Abernathie was arrested after trying to shoplift at an Arvada, Colorado Walmart and Gillam was arrested at a Denver homeless shelter.

The escape took place Saturday, January 16th after the three removed a large block from their cell in the old Iron County Jail.

The old jail became operational back in 1867.

Regional Radio has reached out to Sheriff Jeff Burkett for a comment but at this time, he has not returned our call.