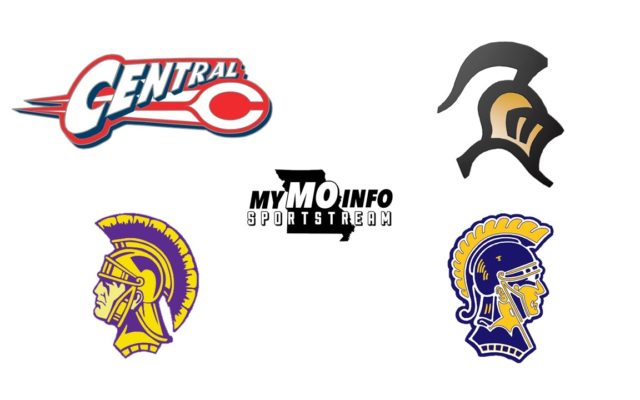 (Park Hills, Mo.) The Class 4 District 2 girls basketball semifinals begin this evening as the #1 Central Rebels take on the #4 Potosi Trojans and the #2 Farmington Knights matchup with the #3 North County Raiders on the MyMoInfo SportStream.

The two teams have already played three times this season with the Rebels winning all three.

Potosi head coach Matt Bradley says there will be no surprises against the Rebels.

In their two matchups this season, both teams have won once with the Raiders earning a 51-41 win on a neutral court back in December and the Knights winning at home 50-47 in late January.

North County head coach Zac McVey says he knows it will be a physical game but they will need to contain Farmington’s speed.

Coverage of the Class 4 District 2 girls basketball semifinals begins at 5:45 on the MyMoInfo SportStream.