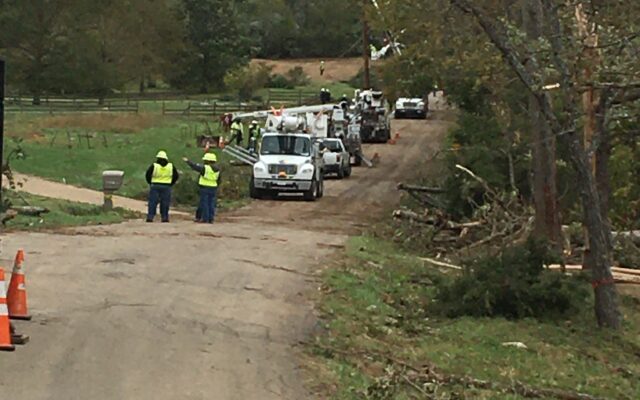 (Coffman/St. Mary) All county roads in Ste. Genevieve County are already passable for traffic after a tornado ripped through two parts of the county Sunday night, blowing trees, limbs and other debris over some roads.

Garry Nelson is the presiding commissioner of the county.

He says his road crews and some volunteers did great work right after the storm hit.

The Ste. Genevieve County tornado first did destructive damage in the community of Coffman with EF-1 winds up to 107 miles per hour.

The twister then did more damage in and around the town of St. Mary with EF-2 winds which reached speeds up to 122 miles an hour.