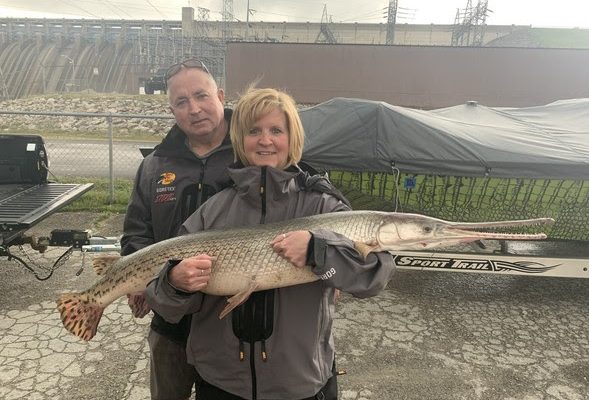 (Table Rock Lake) Another fisherman from the area has broke another state record.

Schnur was fishing April 7th when he reeled in the gar using the pole-and-line method.

His current record breaks the previous record of 27-pounds set in 1999.

Longnose gar is the most widely-distributed gar in Missouri, likely occurring in every major stream in the state.

It is the most abundant gar found in clear, high-gradient Ozark streams.

Missouri Department of Conservation staff verified Schnur’s record-breaker on a certified scale at Shepherd of the Hills Fish Hatchery in Branson.

This is the fourth state record fish caught in 2021.

In February, a Wayne County man not only caught a state record spotted gar but it was a world record.