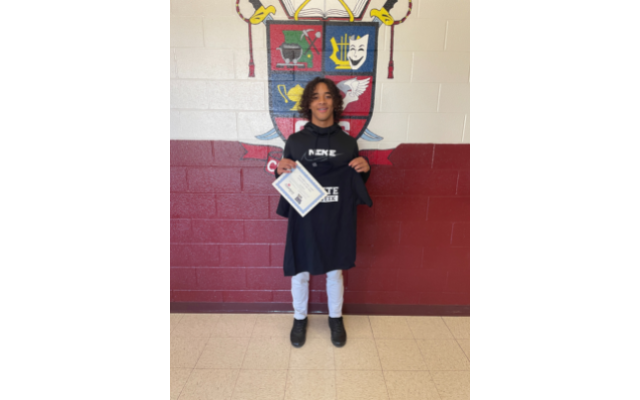 (Park Hills) Jobe Bryant from Central High School was named the Applebee’s of Farmington Athlete of the Week following the football team’s 42-13 win over Dexter on Friday.

Bryant scored four touchdowns: one receiving, one rushing, a fumble recovery for a touchdown and a 75-yard punt return score. Bryant walks us through the highlight reel punt return touchdown.

It looked good on video, too. Max Preps, a website that covers high school sports across the country, rated it as the number one football highlight from last week’s games.

Bryant also recorded an interception in the game and had to step in as the holder on field goal attempts. If you’ve ever seen Ace Ventura, you’d know that being a holder is easier said than done. But Bryant was prepared for the moment.

Central is celebrating their senior night this Friday against the Farmington Knights, a game that can be heard on AM-800 KREI.

Bryant is a junior but he says it’ll be a little emotional watching his friends get recognized on Friday.

Central is 7-1 on the season. As Athlete of the Week, Jobe Bryant receives a certificate, a t-shirt, and a free entrée at Applebee’s in Farmington.