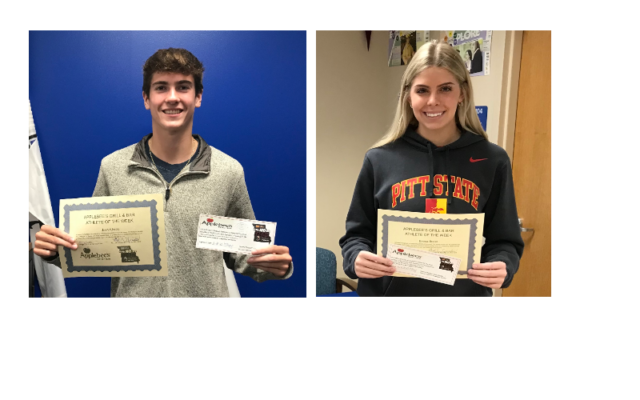 (JEFFERSON COUNTY)  Two state champions are receiving the Applebee’s of Farmington Athlete of the Week Award.

Breier, a senior volleyball player had a big Final Four weekend as she helped Jefferson win the state championship.

Josh Allison, a senior, won the Class 4 Individual State Cross Country Championship with a time of 15:38.

Throughout his 4 years running at the high school level, Josh medaled in every race except his Freshman year at the state cross country meet.

For being named the co-winners of Applebees of Farmington Athlete of the Week, Emma and Josh receive a certificate for a free entree, a T-shirt, and a certificate.