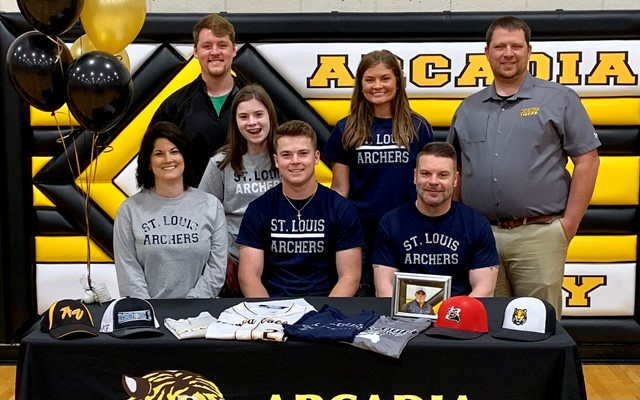 (Ironton) One of the top athletes for the Arcadia Valley Tigers has decided where he will be taking his talents next year.

He says there were several reasons that he chose to play for the Archers.

Brogan has been a big part of the AV varsity baseball team from the time that he was a freshman.

He finished his sophomore season in 2019 with a batting average right around .400, over 20 runs scored and driven in, and an ERA in the mid two’s.

However, he lost out on his junior year when the pandemic brought sports to a screeching halt last spring.

Now that he and this year’s Tigers have a chance to make up for lost time, Brogan says they have some lofty goals for 2021.

Not only has Brogan made a significant impact on the Tigers’ baseball team, but he has also been a standout on the basketball court for AV.

He helped lead the team to a district championship this season, the first for AV boys basketball since 2010.

Brogan says there is something special about being an athlete at Arcadia Valley.

Brogan joins an Archers team that currently carries a 10-8 record this season.