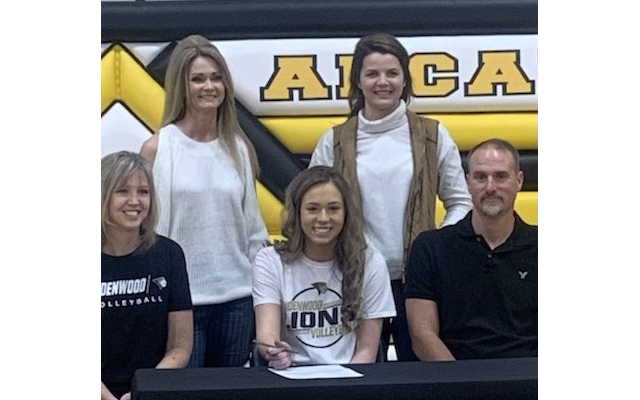 (Ironton) A standout on the Arcadia Valley Tigers volleyball team for the past four years, Maddie DeMent signed this week to continue her playing career with the Lindenwood University Lions.

She says she chose Lindenwood for several reasons.

DeMent has had one of the most decorated careers in AV volleyball history.

DeMent says many of her accomplishments were made possible because of head coach Tara Lamb’s belief in her.

Not only has DeMent accomplished a great deal individually, but she has been a part of some of the best AV volleyball teams in the program’s history.

The team went 95-31-7 over the past four years which included a 2nd place finish in the Class 2 State Tournament in 2018.

DeMent says the support of the Tiger community along the way was amazing.

DeMent will join a Lindenwood University volleyball team that has averaged more than 15 wins per season over their past three.