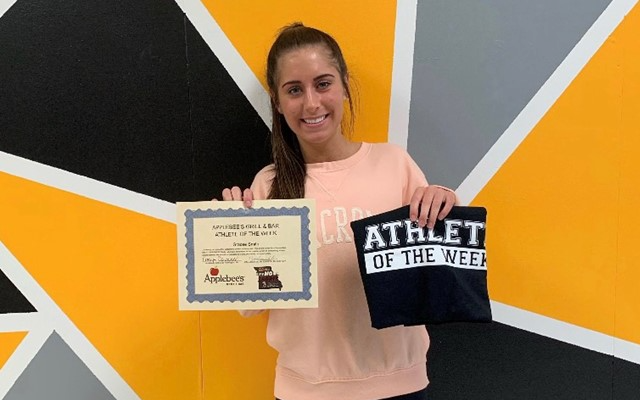 (Ironton) A great week for the Arcadia Valley girls basketball team was also a historic week for their star player.

Gracee Smith led the Lady Tigers to two impressive wins and eclipsed 2000 points for her career en route to being named our Applebee’s of Farmington Athlete of the Week.

She tells us what it felt like to hit 2000 at home in front of the Arcadia Valley faithful.

The game on Thursday against Kingston was where she became just the fourth girls basketball player in MAAA history to reach 2000 points for her career.

Smith says she has gotten a lot of love from family, friends, and fans since she accomplished the feat.

As an All-State caliber player and a two-time member of the Girls Basketball Dream Team, Smith is recognized across the Parkland as one of the premier players in the area.

That means whenever teams play the AV girls, the defensive gameplan starts and stops with #10.

Unfortunately for those teams, they are rarely successful at slowing Smith down.

She says she navigates all the attention from opposing defenses by staying aggressive and engaged.

As Athlete of the Week, Smith received a T-shirt, a certificate, and a coupon good for one free entree at Applebee’s in Farmington.