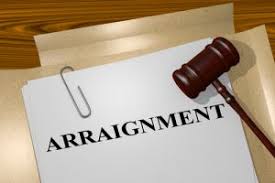 (Farmington) A Park Hills man, who is facing a felony charge of possession of child pornography out of St. Francois County, now knows when his arraignment will be.

57-year-old Scott Emmert Reid will have his initial arraignment on March 4th.

Reid is out of jail on bail after posting a 50-thousand dollar bond.

Special bond conditions for Reid include no internet use, no unsupervised contact with a person under 18 and Reid is not allowed to be on the property of any school or park.