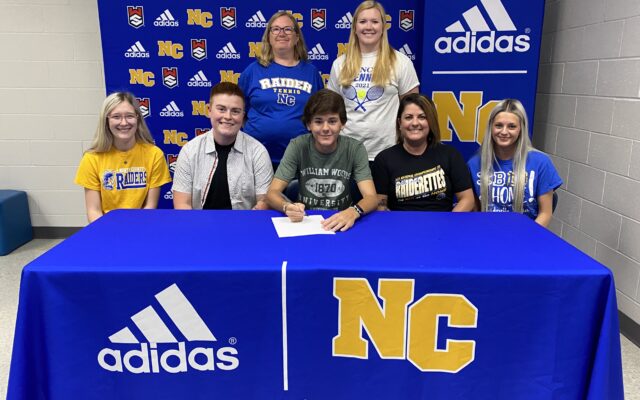 (Bonne Terre) North County Senior Asher Stevens signed his national letter of intent to play Tennis at the NAIA level for William Woods University in Fulton. Stevens says that being an Owl just seemed like the right fit.

Stevens looks like a veteran on the court, but he’s actually only played two seasons of tennis for North County. While Stevens is relatively new to the sport, he’s built some relationships that will last a lifetime.

At the college level, Stevens just hopes he can play the best he can.