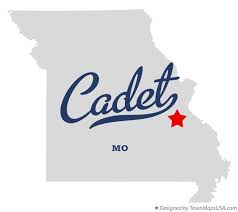 (Cadet) Washington County police are searching for a man from Blackwell who allegedly assaulted a person Thursday morning near a Kingston School District building in Cadet.

We apologize for the error.

Reports say 43-year-old Shelby Eugene Courtway, who could be armed, fled the scene prior to police showing up to investigate the incident.

After the assault, as a precautionary measure, the Kingston school went on a modified lock down for student safety.

According to Missouri Casenet, Courtway spent four years in prison for failing to register as a sex offender after he was convicted in 2014.

Courtway is described as 5-feet 11-inches tall and weighs around 190 pounds.

He also has red hair and green eyes. If you see him or know of his whereabouts, you are asked to call the Washington County Sheriff’s Department.