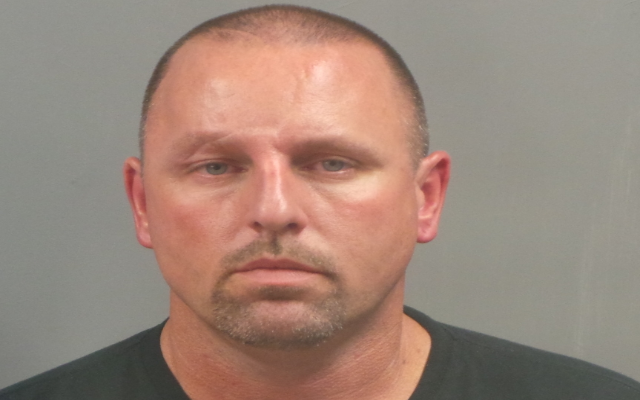 (Jefferson County) Authorities in Jefferson County are working to track down a Barnhart man who they believe struck a woman with a gun before shooting her at a residence in the Arnold area.

40-year-old Adam Pillow of Barnhart has been charged with 2nd Degree Assault, a class D felony, Unlawful Use of a Weapon, A class E felony, and Armed Criminal Action stemming from the August 7th incident.

Grant Bissell is the Public Information Coordinator for the Jefferson County Sheriff’s Office.

He says deputies received the call to the 2000 block of Elm Drive during the evening of August 7th.

According to Bissell a verbal confrontation ensued between the woman and former tenant but nothing became physical at that point.

It wasn’t until right before the victim and her friend were going to leave when Pillow reportedly arrived at the home.

The woman was transported to Mercy Hospital South with non-life-threatening injuries and has since been released.

Immediately following the incident Pillow left the scene before deputies arrived. The sheriff’s office is currently looking for Pillow.

Anyone with information on his whereabouts is asked to contact the Jefferson County Sheriff’s Office at 636-797-5515.