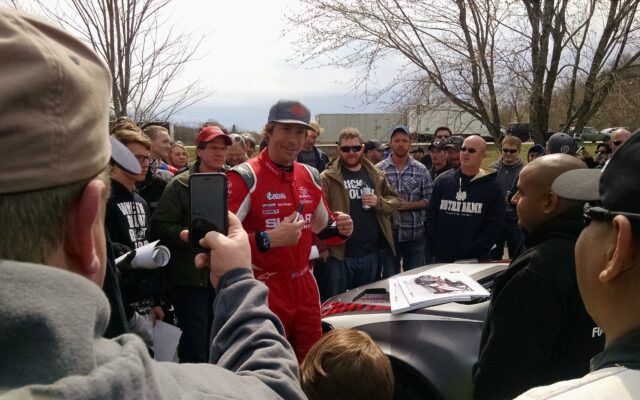 (Potosi/Salem) Southeast Missouri’s Rally in the 100 Acre Wood is the 2nd of 9 championship events in 2022 put on by the American Rally Association.

With Crawford County bowing out of the rally, all the fun will be held this year on gravel county roads in Washington and Dent counties.

92 rally teams have entered the rally which is set for Friday, March 18th and Saturday the 19th, featuring 102 miles worth of competition.

This year’s 100 Acre Wood Rally looks to bring out more big-time names than in years past.

Two-time 100 Acre Wood winner Travis Pastrana may be the most well known competitor.

But sometimes the gravel roads in southeast Missouri are not forgiving as Pastrana knows well but his strategy will still be the same.

Ken Block will make the 100 Acre Wood a family affair this year.

Block has won this event seven times, more than any other driver and he will be competing against his wife Lucy and his 15-year-old daughter Lia.

Bucky Lasek will be competing.

Bucky’s a former professional skateboarder who invented several skateboarding tricks that you see today in the X-Games and other competitions.

And Def Leppard fans should like this one…coming to the rally in southeast Missouri for the very first time is guitarist Vivian Campbell.

The 100 Acre Wood will be Campbell’s fifth A.R.A. rally event and he’s no slouch.

Last year, he began with a D.N.F. at the New England Rally, he was 29th at the Lake Superior event last year and he took 16th at last year’s Oregon Trail Rally Last month, the rocker began this season at the Sno-Drift Rally in Michigan with an outstanding 4th place showing.