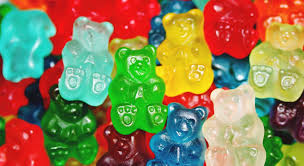 (Jefferson City) A bill passed in the Missouri Senate would ban marijuana-infused candy for medical use, an attempt to ensure children don’t accidentally eat the marijuana.

The measure would ban candy such as lollipops, cotton candy and fruit and animal-shaped edibles that could appeal to children.

Marijuana-infused food or its packaging would have to be stamped with the drugs’ dosage.

The Senate vote was 28 to 1 and goes to the House for it’s consideration.