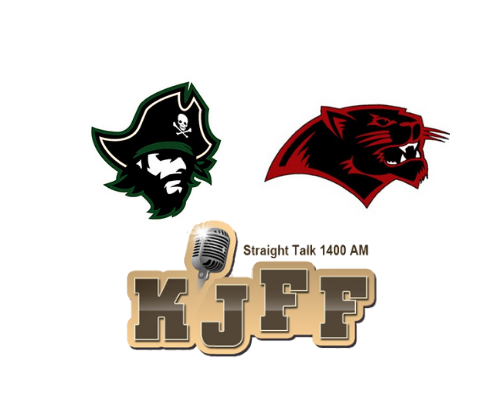 (Herculaneum) The Herculaneum Blackcats close out the regular season on a three-game winning streak, defeating the Perryville Pirates on senior night last night 24-10. It was actually the Pirates who hit paydirt first as Devin Lukefahr put his head down and picked up a big gain to open the scoring.

It didn’t take long for the Blackcats to respond as DJ Johnson found a hole in the Pirates’ defense for a 43-yard score.

Blane Boss and the Blackcats converted a two-point conversion to take the early first-quarter lead. It turned into a defensive battle for the next 11 minutes as neither team could sustain a significant offensive drive. The next score came from another Blackcat big play with 3:15 left in the first half.

Perryville would get a chance to cut into the lead in the second half after Herky botched a snap in their own territory, but could only muster a Tye Peeler 34-yard field goal, making it a 16-10 game. The Pirates would get another chance as the Blackcats would mishandle another special teams snap on the ensuing drive which put Perryville in Blackcats territory again, but penalties drove them back, and had to punt it back.

The Pirates couldn’t keep holding the Blackcat offense for much longer, as DJ Johnson took over for a game-sealing touchdown.

DJ Johnson was more than worthy of being our Applebee’s of Farmington Player of the Game as he put up videogame numbers, with 218 total yards and two rushing touchdowns. We caught up with Johnson after the game and asked how it felt winning on senior night and keeping the streak going into districts.

The Blackcats finish the season with a record of 4-5 and lock up the 4-seed in Class 3 District 2. Perryville finishes at 2-7 and will travel to Farmington for the first round of the Class 4 District 1 bracket.