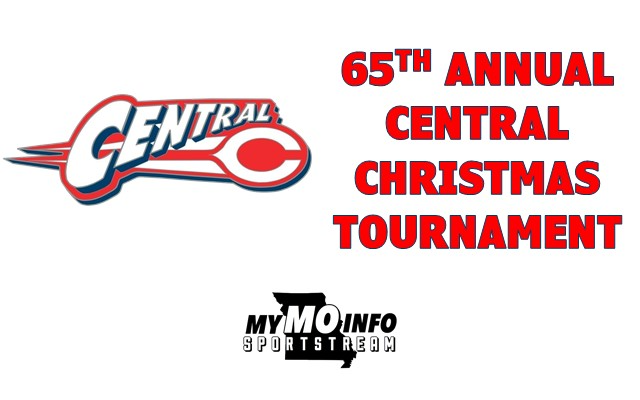 (Park Hills) It’s a jam packed day of broadcast action from the Bob Sechrest Jr. Central Christmas Tournament. We’ll start our coverage of the girls semifinals on the MyMoInfo SportStream at 11:45 this morning. Top seeded Central takes on fifth seeded Arcadia Valley. The Tigers are hoping for a revenge tour of sorts. AV has lost to three teams so far this year: South Iron, Central and Ste. Genevieve. They avenged their loss to South Iron by taking down the Panthers by 10 in the first round. The semis will be a taller task as Central beat AV by 30 in a previous match up. Senior standout Gracee Smith is hoping they fare better the second time around.

Central is undefeated at 7-0 with their closest game a 31 point runaway. Rebels coach Josh Mapes has seen Arcadia Valley improve here early in the season.

The Rebels received a bye in the first round.

Ste. Genevieve looms as the #2 seed in the other semifinal against #3 Steelville. These two teams played in the title game last year with the Dragons prevailing in double overtime. Ste. Gen knocked off Potosi in the first round and improved to 3-2, while Steelville beat Fredericktown and stands at 8-2. Cardinals head coach Seth Collins says he hopes to duplicate last years competitive game, but this time with a different outcome.

The tournament takes about an hour break and then resumes with four boys quarterfinal games. We’ll pick up coverage of the those four games on J-98 at 3:45.