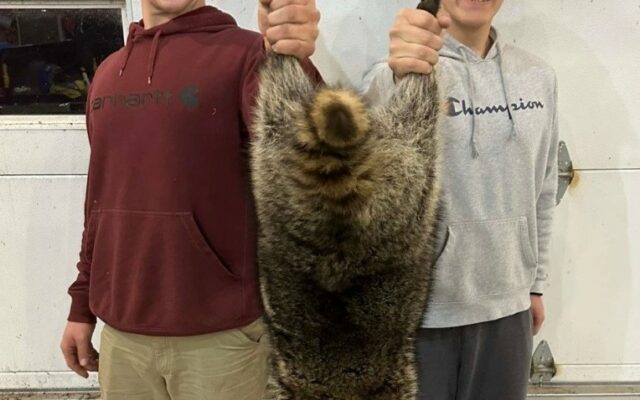 (Worth County) Two brothers in northwest Missouri’s Worth County will likely soon have the state record for harvesting the largest raccoon ever recorded in the Show-Me State.

Couper and Hunter Simmons called their local conservation agent and the critter weighed in at a whopping 35-pounds.

That’s about 6 and a half pounds more than the current record holder.

28-pound 8-ounces is the record that will officially be in the past after the brothers champion coon becomes the state’s new record holder when the new year begins.

The 28-pounder was also harvested in northwest Missouri, in Gentry County in 2015.