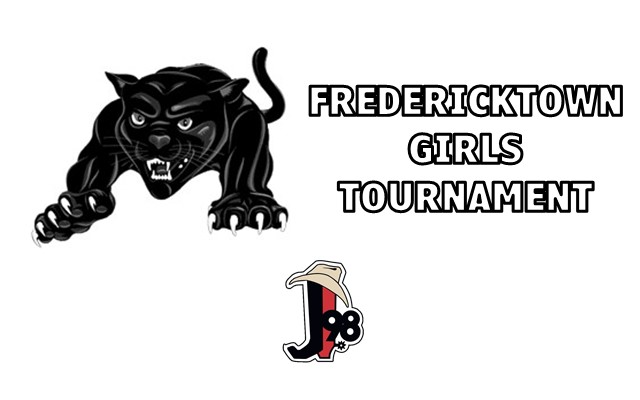 (Fredericktown) The Central Rebels and Potosi Trojans will meet in the championship of the Fredericktown Girls Basketball Tournament after winning their games Thursday night. Central defeated Perryville, 48-20, and Potosi took down Fredericktown, 52-46.

Perryville challenged the Rebels early on.

Central led by four points at the end of one, but the Rebels eventually distanced themselves from Perryville.

Central coach Josh Mapes tells us what the difference was after the first quarter.

Kinley Norris scored 11 points while Khloe Dischbein and sisters Alyssa and Taylor O’Connor each added nine points for Central. Alyssa was the Applebee’s of Farmington Player of the Game.

Kyla Schnurbusch and Brooklyn Moll scored seven apiece for Perryville. Central improves to 3-0 on the season. Perryville is 2-1.

In the second game of the night, neither Potosi nor Fredericktown could break away after the first eight minutes.

That was the score at the end of one. The game remained tied going into halftime.

Potosi outscored Fredericktown 19-13 in the third quarter but Kylee Maddox found Janet Jones for a Blackcats score at the buzzer.

Potosi’s Paige West had a strong second half to help her team to victory.

Potosi coach Allie Golden says it’s fun playing in games that come down to the wire.

West was the Applebee’s of Farmington Player of the Game with 10 points. Kya Gibson led the way with 15 points and Ava Robart scored 13 points.

Central and Potosi will meet in the championship game Saturday afternoon at 3 o’clock on J98.

Fredericktown and Perryville will play for 3rd place on Saturday and Arcadia Valley will battle Twin Rivers for 5th place.