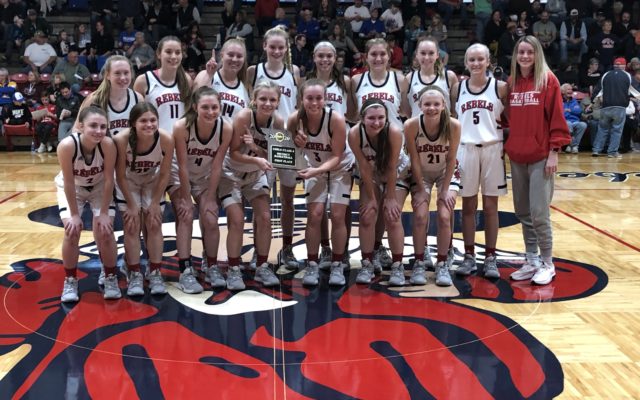 The Knightettes jumped out to a 11-0 lead to start the game and with strong first half finishes from Jade Roth and Grace Duncan the Knightettes took a 3 point advantage into the locker room.

In the second half the Lady Rebels showed why they were the top seeded team in the tournament. Kayley Kimball kept the Lady Rebels in the game with 23 points on the night and was named our Applebee’s of Farmington Player of the Game.

Lady Rebels head coach Josh Mapes the Knightettes came out strong, but they were able to do just enough to stay within striking distance.

The Farmington Knightettes finish their season with a record of 13-13. The Central Lady Rebels improve to 22-6 and will play Cape Notre Dame on Tuesday March 10th at the Farmington Civic Center in the sectional round of the state tournament. The Flieg’s Equipment pregame show starts at 5:45 on J-98.