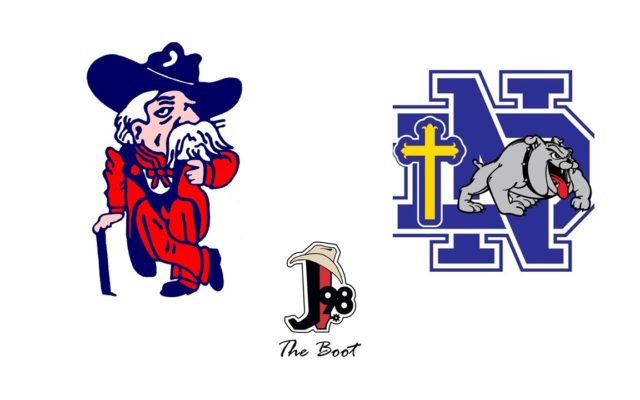 (Farmington, Mo.) The Cape Notre Dame Bulldogs came to the Farmington Civic Center and left with victories in both the boys and the girls Class 4 Sectionals as they knocked off the Central Rebels tonight on J98.

The first game of the evening saw the Central Lady Rebels fall to Cape Notre Dame by a final score of 49-38.

Sophia Horton led all scorers with 23 points and Kaley Kimball finished with 11.

The Bulldogs jumped out to a big lead in the third quarter thanks to 11 points from Delaney Dohogne.

The Rebels made a late push to cut the lead to twelve but it was too little too late.

Sophia Horton left the game early in fourth quarter after a hard collision with Bulldog player Emily Kellum, but according to head coach Josh Mapes, she wouldn’t give up on the game.

In the end, Mapes says he’s proud of his team and loves how hard they played.

The Lady Rebels finish the season at 22-6.

In the second game of the night the Central Rebels boys basketball team fell to Cape Notre Dame by a final score of 60-47.

It was a tightly contested first half with the Bulldogs leading at the break 28-23.

Applebee’s of Farmington Player of the Game Breven McMullen came out firing in the second half and knocked down a big three early to give the Rebels a three point lead.

The Rebels led for most of the third quarter but they were called for over 10 team fouls in the frame which put the Bulldogs in the double bonus.

Cape took advantage as they knocked down a multitude of free throws to take the lead back.

Then a three at the buzzer gave Cape all the momentum heading into the fourth.

The Bulldogs then pulled away in the fourth quarter thanks to more free throws and eventually a dagger three-pointer.

Central head coach Allen Davis says despite a double-digit loss he feels his team could still hang with the Bulldogs.

The Rebels finish their season at 21-7.