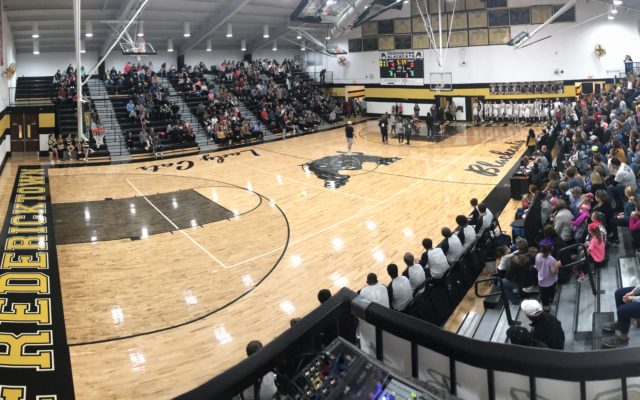 (Fredericktown, Mo.) The Central Rebels boys basketball team trounced the Fredericktown Blackcats tonight by a final score of 81-39 on J98.

The second quarter proved to be the difference as Central outscored Fredericktown 27-3 in the frame behind Applebee’s of Farmington Player of the Game Brent Wagner.

It was more of the same in the second half for the Rebels as Breven McMullen began lighting up the scoreboard.

With the win Central improves to 9-3 while Fredericktown falls to 7-5.

The Rebels will next take on Sikeston on Tuesday and Fredericktown battles DeSoto on Wednesday.