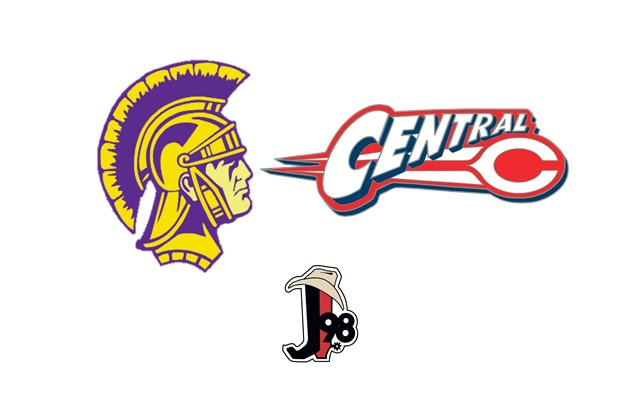 (Park Hills) A hard-fought game in the Class 4 District 2 boys basketball semifinals went the way of Central as the Rebels toppled Potosi 71-59 tonight on J98.

It was a one-point game at halftime with Central clinging to a 29-28 lead at the break.

Then at the start of the third, it was the Trojans who made a push and took their first lead of the night.

The lead was short-lived however as Central had an answer to take the lead right back thanks to the 2 Dribble Basketball Play of the Game from freshman Caden Casey.

The Rebels never gave up the lead again and they extended the margin down the stretch for the 12-point win.

Central head coach Brad Gross says a win’s a win, even if he would have liked it to be a bit cleaner.

Central improves to (14-10) and will take on Ste. Genevieve in the district championship on Wednesday from Potosi High School.