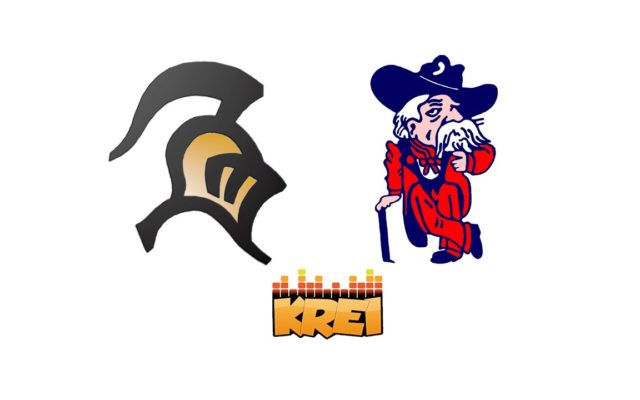 (Park Hills) The Central Rebels dominated the Farmington Knights on senior night 48-14 in Park Hills on KREI. The big play was the story of the game for Central. On the Rebels’ first drive, Casen Murphy found Kannon Harlowe for 45 yards for a score.

On their next drive, Murphy hit Caden Casey in the endzone for another score to make it a two-touchdown game.

Then the Central defense turns it up a notch. The Rebels force three straight Farmington turnovers and are able to score off all three. Jobe Bryant scored one rushing and one receiving touchdown and Senior Hakin Wagoner rushed in a score to lead 35-0. Before halftime, Bryant goes into the endzone again from 41-yards out.

The scoring didn’t stop at halftime. On the 3rd play of the 2nd half, Casen Murphy throws his 5th touchdown with an 85-yard bomb to Kannon Harlowe.

While Central’s playmakers had a field day, Head Coach Kory Schweiss says the defensive line picked up its play as of late.

Farmington’s Chase Buchanan and Tatum Tinsley scored for the Knights in the second half. Casen Murphy finished with 331 yards and 5 touchdowns through the air. Kannon Harlowe had 2 scores on 146 receiving yards and Jobe Bryant brought down 2 receiving touchdowns with 110 receiving yards. Central improves to 8-1 and will face Fredericktown in the first round of the Class 3 District 1 tournament while Farmington falls to 3-6 and plays Perryville in district play.