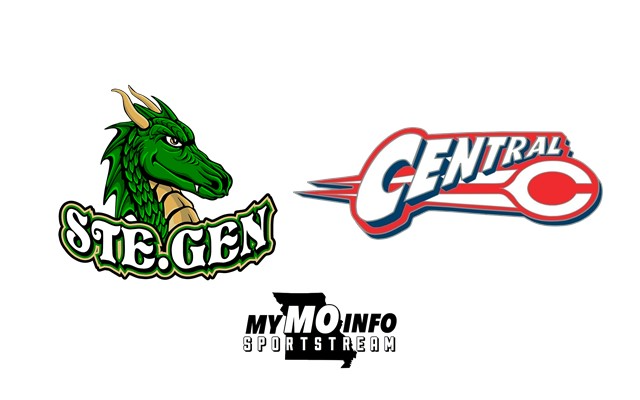 (Park Hills) The Central football team defended their home field and stayed undefeated on the season tonight as they beat the Ste. Genevieve Dragons 31-26 on the MyMoInfo SportStream. The Dragons and Rebels always play each other tough and tonight was no different as the Dragons led going into halftime 13-7. Head coach Kory Schweiss says he didn’t give the ball to Dayshawn Welch enough in the first half, so he made sure Welch got his touches to start the third quarter and it paid off.

The Dragons couldn’t get much going offensively in the third quarter as the Rebels would keep pouring it on this time through the air to the freshman.

Jobe would get a quick breather, a splash of water and then jump right back out on the field on defense for the Rebels and take one to the house.

Jobe Bryant was our Applebee’s of Farmington Player of the Game. Head coach Kory Schweiss of the Rebels says although they won he wasn’t ecstatic about the effort from his squad.

Ste. Genevieve falls to 2-4 and will take on Perryville next week while the Central Rebels improve to 6-0 and will have a chance to win the MAFC White Division next week at Fredericktown. You can listen to that game on the MyMoInfo SportStream.