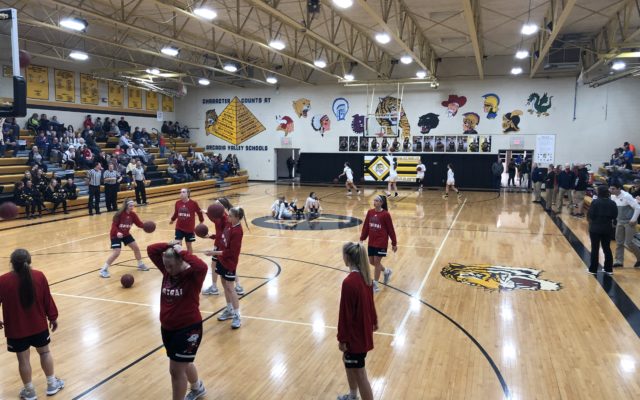 (Ironton, Mo.) The Central Rebels girls basketball team went down to Ironton and came home with a win as they topped Arcadia Valley tonight by a final score of 67-49 on J98.

It was a tightly contested first half as Central went into halftime with a 25-22 lead.

Then in the third quarter, the Rebels outscored the Tigers 18-6 and capped off the frame in style with a nice move by Sophia Horton.

It was more of the same in the fourth quarter as Central rolled to victory behind a terrific performance from senior Avery Norris.

Norris was our Applebee’s of Farmington Player of the Game as she finished with 25 points on the night.

Rebels head coach Josh Mapes says he felt they were able to wear down the Tigers in the second half.

The win improves Central to 20-4 on the season and they have just one more regular season game on the docket as they take on St. Clair at home next Tuesday.

The loss drops Arcadia Valley to 14-10 on the year and they will be on the road against the Potosi Trojans coming up on Thursday.