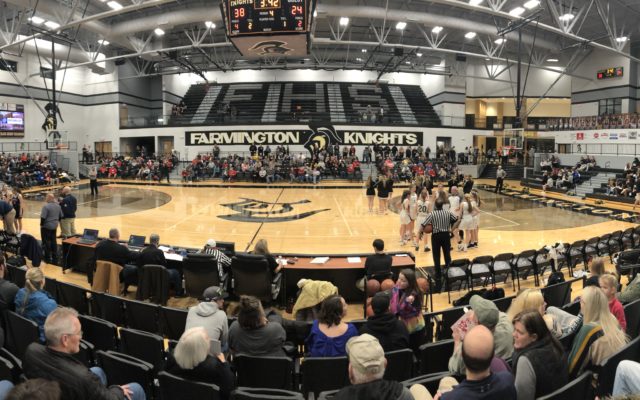 (Farmington, Mo.) The Central Rebels girls basketball team went out on the road and came away with a win over the Farmington Knights by a final score of 58-42 tonight on KREI.

It was a tightly contested first half, as the Knights were able to head into the break with a slim lead.

That’s where the score stood as the Knights led 27-24 heading into halftime.

Then in the third quarter the Rebels got cooking as they outscored Farmington 17-4 in the frame. The Knights chopped the lead back down to four in the fourth quarter, but the Rebels were able to pull away late thanks to junior Kaley Kimball.

Kimball was the Applebee’s of Farmington Player of the Game after pouring in 18 points in the contest. Central head coach Josh Mapes says some key halftime adjustments led to his team pulling out the win.

Next up for Central they host the undefeated Ste. Genevieve Dragons on Thursday. We’ll have coverage of that game beginning at 7:15 on J98.

Next up the Knights host the North County Raiders on Friday. We’ll have coverage of that game beginning at 7:15 on the MyMoInfo SportsStream.