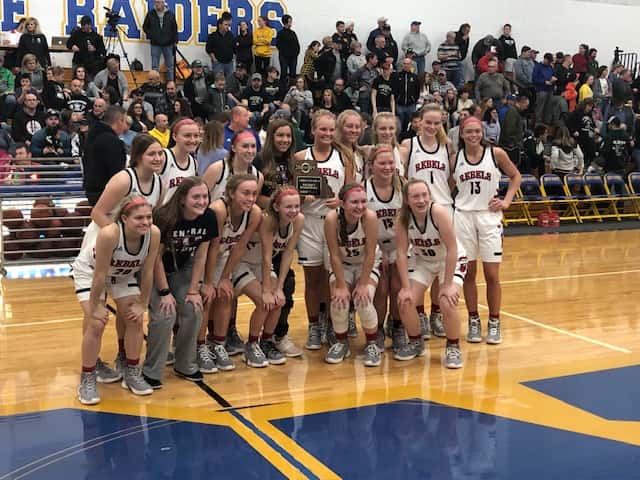 (BONNE TERRE, Mo.) – It was an evening of tightly-contested basketball at North County High School in Bonne Terre, and it ended with the Class 4 District 2 championships being handed out to the top seeds in the tournaments as heard Thursday on J-98. In the girls title game, the Central Rebels knocked off the Ste. Genevieve Dragons 48-41. The game was played within a five-point window for most of the night and was tied at 25 at the half, but moments like the Gilster Mary Lee Play of the Game helped the Rebels overcome.

Kaley Kimball was named tonight’s Applebee’s of Farmington Player of the Game as Central improves to 22-4, while the Dragons saw their season end at 21-6. Rebels head coach Josh Mapes reveled in the moment.
The Central girls now advance to the state sectionals to face Cape Notre Dame Tuesday. 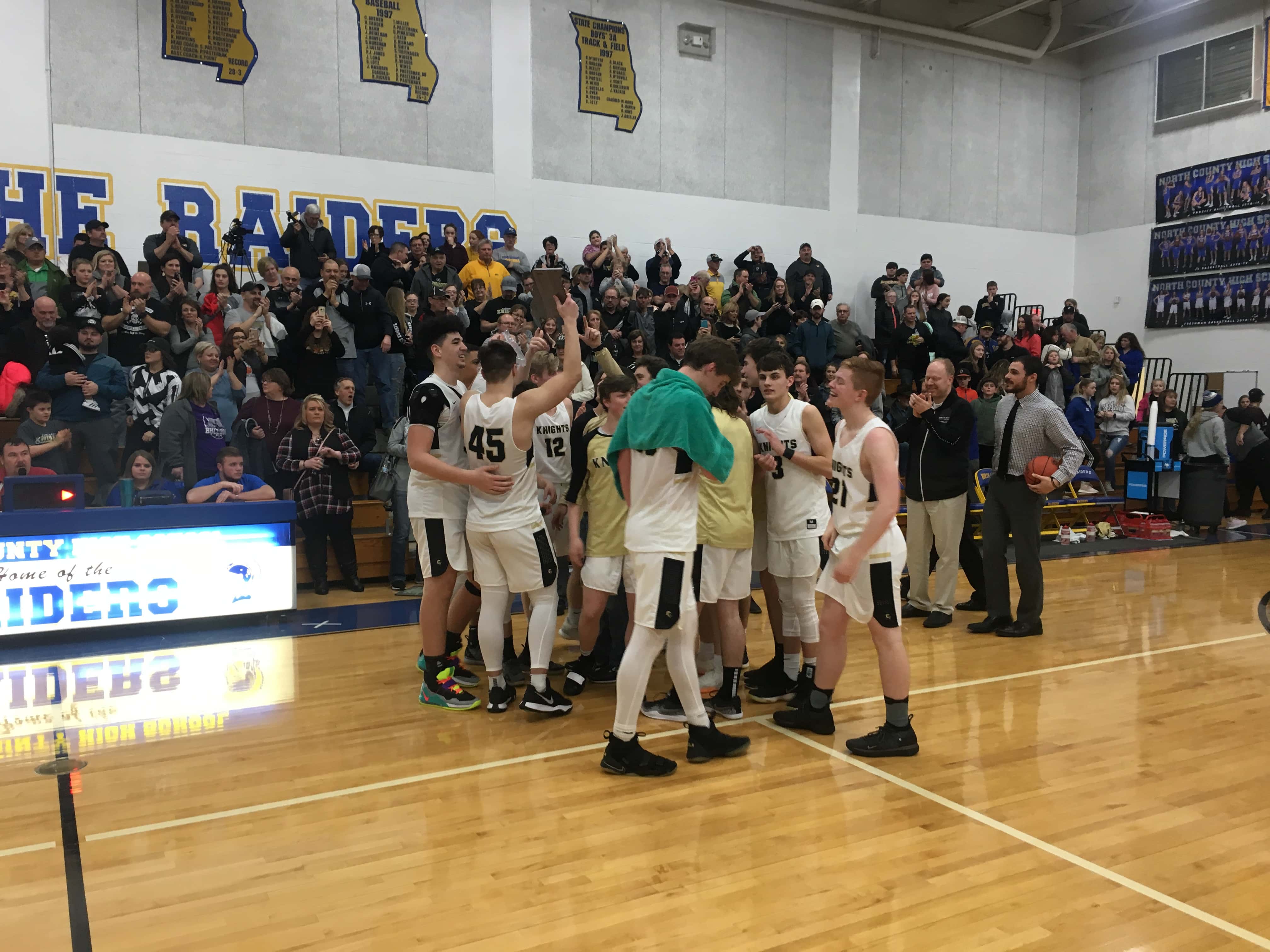 The boys’ title game was just as much of a thriller, as the Farmington Knights toppled Central 51-47 to win their first district title since 2014. The Rebels scrapped and clawed their way to a 22-21 lead at the half and were able to hit three-pointers to stay within striking distance all night, but Applebee’s of Farmington Player of the Game Bryce Sancegraw made the big plays when it mattered.
While Central has its season wrap up at 15-13, Farmington is now 25-2. Knights head coach Terry Noble said he knew his team would get a game effort from the Rebels but that they were also only a play away.
Farmington advances to the Class 4 state sectionals to face Cape Central this Tuesday night. Both the Farmington boys and Central girls will be playing at the Farmington Civic Center. You can hear both Class 4 sectional games on Tuesday night with pregame coverage starting at 5:45 p.m. on J-98.