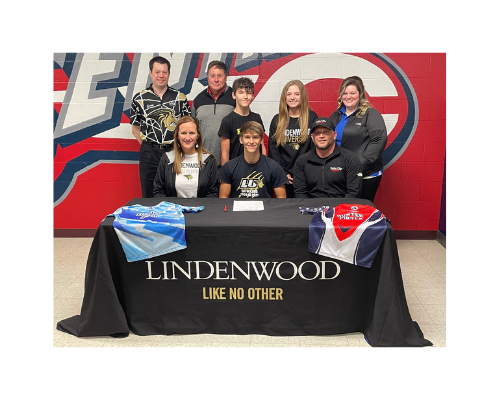 (Park Hills) Central Rebels senior Hunter Pirtle has signed on to bowl at Lindenwood University near St. Louis. Pirtle tells us how the recruitment process worked out.

Men’s bowling is technically not an NCAA sport so the governing body is the United States Bowling Congress (USBC) Collegiate. Pirtle’s family and coaches were with him when he signed his USBC Collegiate Commitment Letter.

Pirtle rolls an average of about 218 out of 300. He says it takes hours of practice to hone his craft.

Bowling in college wasn’t always in the cards for Pirtle. He says he had a choice to make that came to fruition this past summer.

Pirtle had many people he wanted to thank for helping him come to this decision but there were a few family members he pointed out.

Lindenwood will compete at the Intercollegiate Team Championships in Addison, Illinois from April 21-23.