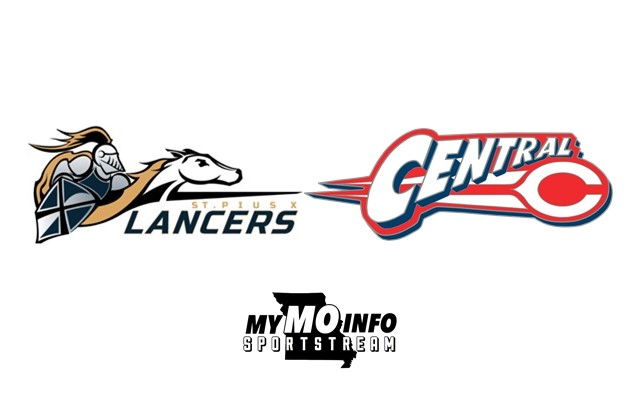 (Park Hills) The Central Rebels volleyball team beat the St. Pius Lancers for the third straight year tonight 2-1 (25-20, 22-25 and 25-21) on the MyMoInfo SportStream. The Rebels got out to a hot start winning the first five points of the set and kept that lead until the end.

Kimball would finish the night with 17 kills and be named our Applebee’s of Farmington Player of the Game. Central would let set two slip out of their hands as they fell 25-22, but had momentum going into set three. The final set was back and forth and St. Pius kept threatening until late in the set when Tori Bishop would make a great play to keep the rally alive and eventually win the point for the Rebels.

Kimball would strike once more, this time to finish the match.

Head coach of the Rebels Tracie Casey says the defensive play by Bishop gave the Rebels the confidence they needed to finish the match.

Central improves to 8-4-3 on the season and will play at Fredericktown tomorrow while St. Pius falls to 12-5-3 and will host Jefferson tomorrow.