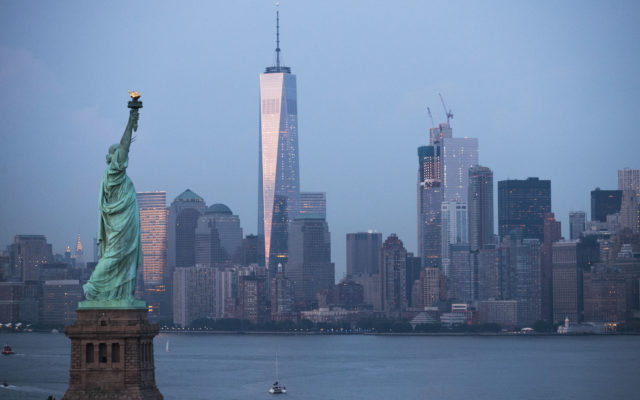 NEW YORK, NY - SEPTEMBER 8: in The Statue of Liberty stands in the foreground as Lower Manhattan is viewed at dusk, September 8, 2016 in New York City. New York City is preparing to mark the 15th anniversary of the September 11 terrorist attacks. (Photo by Drew Angerer/Getty Images)

(Park Hills) This weekend marks the anniversary of the 9/11 terrorist attacks. A number of ceremonies will be taking place across the area. In addition, area school districts will be talking with students about the significance of that day. Laurie Huff is the principal at the Central West Elementary School in Park Hills. She says they’ll be doing something on Friday.

This Saturday marks the 20th anniversary of the terrorist attacks.