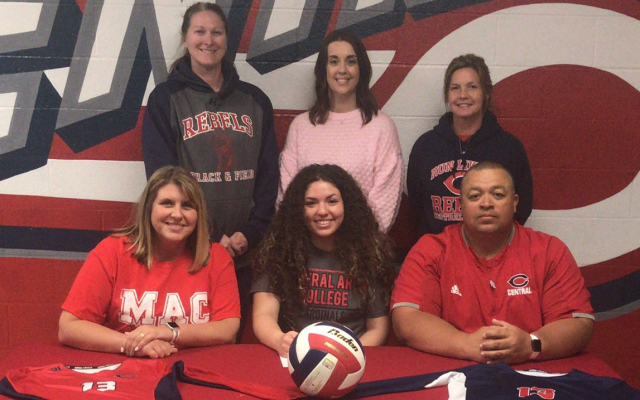 (Park Hills) A staple of the Central volleyball team in recent years has announced where she will be taking her talents next year.

She says she always wanted to be a Cardinal, so once she got the opportunity, it was a no-brainer.

It has been an incredible run for the Lady Rebels volleyball team, as they have gone (77-18-7) over the past three years.

The head coach of the team over that span and throughout Addisyn’s tenure has been her mom, Tracie Casey.

It is a unique opportunity to play for a parent at the high school level, and one that Addisyn acknowledges is not without its challenges.

However, she says as the team was making its run to the Final Four this year, everything came full circle and she realized how special it was to have had her mom on the sideline throughout her career.

Casey has been one of the best setters in the area throughout her time playing at Central.

However, as she heads off to MAC, she is going to be asked to move into a primarily defensive role.

Casey says she knows the change is going to be challenging, but she is excited about the opportunity.

In her senior year with the Central volleyball team, Casey compiled over 1000 assists, 238 service points with 22 aces, 67 kills, 295 digs, earned All-Conference, All-District, and All-State selections, and helped lead the Lady Rebels to a (27-6-3) record and a 2nd Place finish in Class 3.