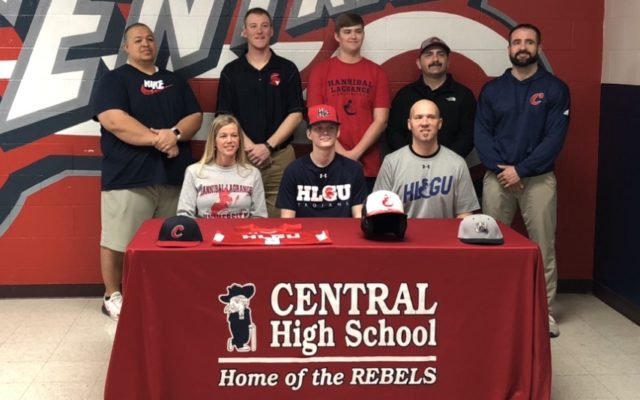 (Park Hills, Mo.) A talented athlete across multiple sports for the Central Rebels, Drew Hamski signed today to play both baseball and basketball for the Hannibal-LaGrange University Trojans next year.

Hamski says after his visit to Hannibal-LaGrange, he knew it was a perfect place to continue his playing career.

Hamski’s plan was to just play baseball for the Trojans, but the opportunity to also play basketball presented itself and he jumped at the chance.

Rebels baseball head coach Ronnie Calvird says Hamski is the type of athlete any coach would love to have in their program.

Hamski was a starting guard for the Rebels most recent boys basketball District Championship and can be found patrolling the outfield for the Central baseball team.