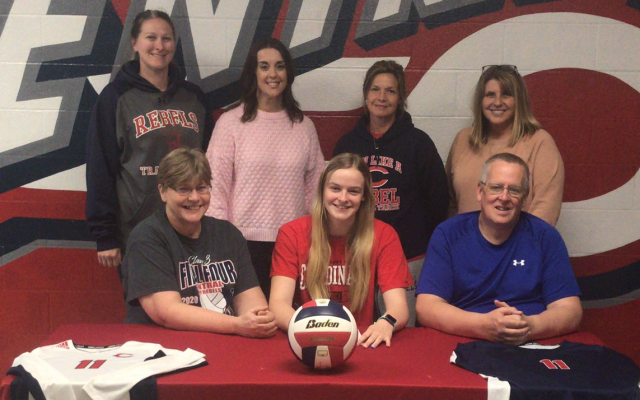 (Park Hills) A tremendous multi-sport athlete for Central will be staying close to home as she moves on to play at the next level.

She says she has always been drawn to being a Cardinal.

As great as Kimball is on the volleyball court, she is equally capable on the basketball hardwood and has been a staple of both teams over the past few years.

For the Lady Rebels basketball team this year, she averaged 17 points and 7 rebounds per game, earned her second-straight All-Conference and third-straight All-District selections, and helped lead the team to their third-straight district championship.

That was the question Kimball had to answer, and she says it was one of the toughest choices she has ever had to make.

Kimball is a decorated athlete across both sports and is also a perennial winner.

However, she says all the accolades and team successes are made truly special by having had the opportunity to do it in a Rebels uniform.

In her senior year with the Central volleyball team, Kimball compiled 346 kills, 63 total blocks with 21 solo and 42 assisted, earned her second-straight All-Conference and All-District selections, her first All-State selection, and helped lead the Lady Rebels to a (27-6-3) record and a 2nd Place finish in Class 3.