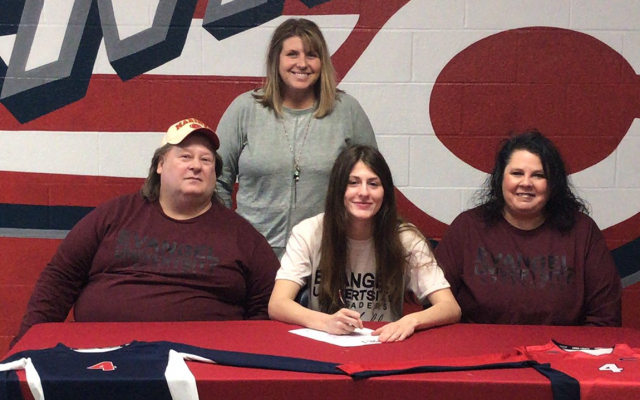 (Park Hills) A potent offensive threat for the Central volleyball team in recent years has made her decision on where she will continue her athletic career.

She says she had been eyeing Evangel for some time and knew it would be a great opportunity.

As a talented outside hitter, Marler has been a key part of the Lady Rebels’ team that has gone (77-18-7) over the past three years.

The ability and the chemistry that this group formulated over the years has been a big part of the team’s success, but so has been head coach Tracie Casey’s stability and coaching acumen that she provided since she returned to the sideline in 2016.

Marler says coach Casey has meant so much to her.

The Central volleyball team has had strong seasons and good runs in the past, but it would be hard to argue with the past three years being one of the best stretches in program history.

Along with the continued success has come growing support from the community.

Marler says the fans have made playing for the Lady Rebels a really special experience.

In her senior year with the Central volleyball team, Marler compiled 376 kills with a hitting average of .376%, 154 service points with 30 aces, 102 digs, earned her second-straight All-Conference and All-District selections, and helped lead the Lady Rebels to a (27-6-3) record and a 2nd Place finish in Class 3.