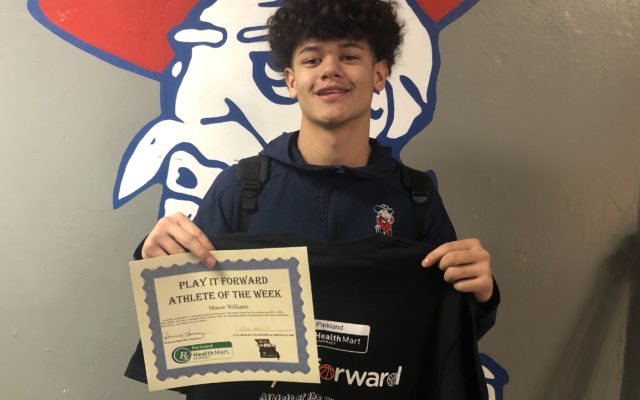 (Park Hills, Mo.) Freshman point guard for the Central Rebels basketball team, Mason Williams helped lead his team to a championship in the MAAA Conference Tournament last and week and has been named our Parkland Health Mart Pharmacy Play It Forward Athlete of the Week.

Williams says being selected as Athlete of the Week motivates him to want to accomplish even more.

He saved his best for last though as he tallied 19 points, 5 rebounds, 2 assists, 2 steals and a block in the championship game.

Williams says even on the biggest stage of the tournament, he didn’t feel any pressure.

Williams did say that it was a fun experience playing in front of all the fans at the Bob Sechrest Fieldhouse in Park Hills.

Only a freshman in the Rebels program, Williams says he has loved the opportunity to play for head coach Allen Davis and Central High School.