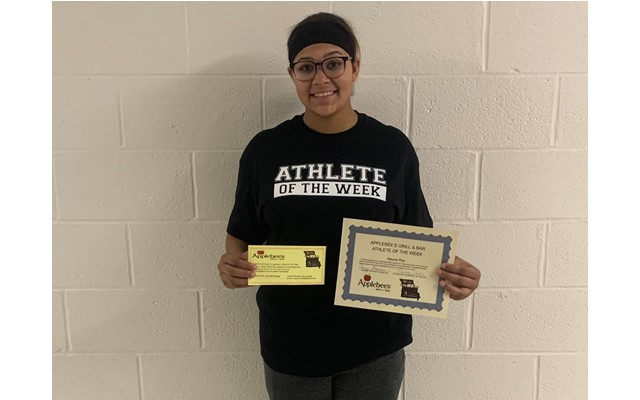 (Park Hills) The Central girls wrestling team had a strong showing at the sectional round of the postseason this past weekend with one of their wrestlers reaching the top of the podium.

Sophomore Alayna Ray earned the sectional championship in the 235-pound weight class and was named our Applebee’s of Farmington Athlete of the Week.

She says after struggling in playoffs last year, it was even more rewarding to do so well this time around.

At the girls sectional tournament this past weekend, Ray won her first two matches by fall at 1:06 and 5:40 respectively before taking the championship against Mari Lopez from Eureka by a 10-6 decision to become the first girl in Central school history to win a sectional crown.

She now carries an 18-3 record on the season and also took first place at the DeSoto Tournament and the Central Tournament earlier this year.

She was a late arrival to the team this year, but she says once she got into the swing of things, everything started to click.

As the Applebee’s of Farmington Athlete of the Week, Ray received a T-shirt, a certificate, and a coupon good for one free entree at Applebee’s in Farmington.