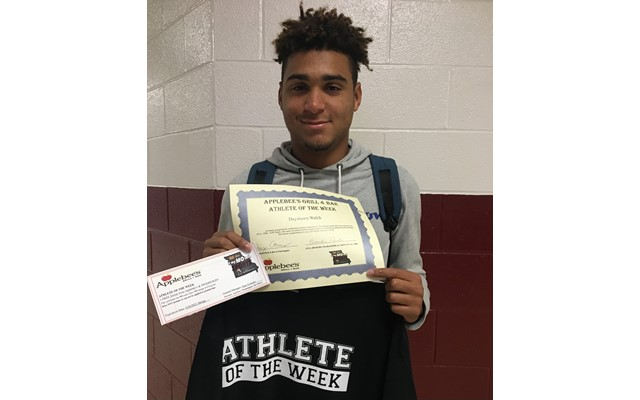 (Park Hills) A record-setting performance this past Friday earned Central football’s Dayshawn Welch the nod as the Applebee’s of Farmington Athlete of the Week.

Against the Northwest Lions in Cedar Hill, Welch carried the ball 24 times for 381 yards and four touchdowns.

That set the Central single-game rushing record, breaking Tyler Friend’s record of 347 yards that was set back in 2007.

Welch says it felt good to have that kind of performance.

Welch has been running roughshod over defenses through three games, already compiling 61 carries for 759 yards and 10 touchdowns.

That pace would have him finishing the regular season with nearly 2,300 rushing yards and 30 touchdowns.

Like any great running back, Welch says he knows he could not have the success he does without the help from a tremendous offensive line.

The single-game rushing record is not the only school record that Welch now holds.

Last year he set Central’s single-season rushing record by racking up 1,506 yards on the ground.

Last season’s numbers were impressive, but Welch could potentially rewrite the Central record book this year if he can keep up his production.

When asked about his running style, Welch said it all centers around one thing: speed.

As Athlete of the Week, Welch received a T-shirt, a certificate, and a coupon good for one free entree at Applebee’s in Farmington.

The Central football team will be on the road Friday when they travel to Cuba to take on the Wildcats.