Check Presented Sunday To CASA Of The Parkland 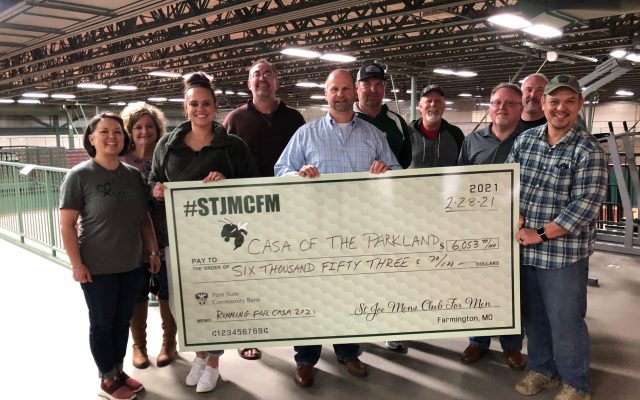 (Farmington) A special ceremony was held Sunday at the Farmington Civic Center to present a check for over six thousand dollars to CASA of the Parkland. The money was raised through a fundraiser organized by Ted Cassimatis and the St. Joe Catholic Church Men’s Club. Joanna Watts with CASA says they really appreciate the donation. 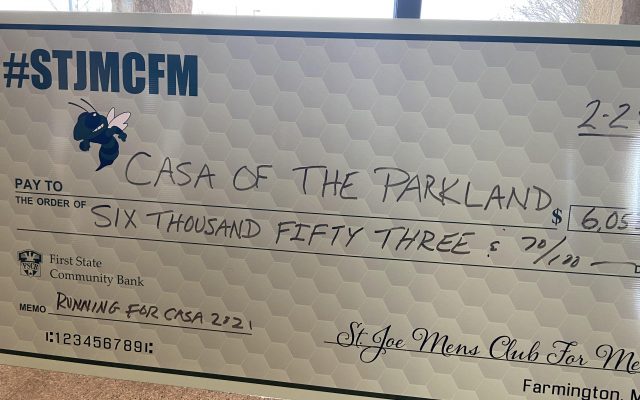 Cassimatis ran just under 47 miles in a single day in early January to raise money and awareness for the group, but he prefered to give the credit for his accomplishments to others.

A total of 6 thousand and 53 dollars was raised for CASA through the fundraiser, which was held at the Farmington Civic Center. Hear more about the fundraiser below.