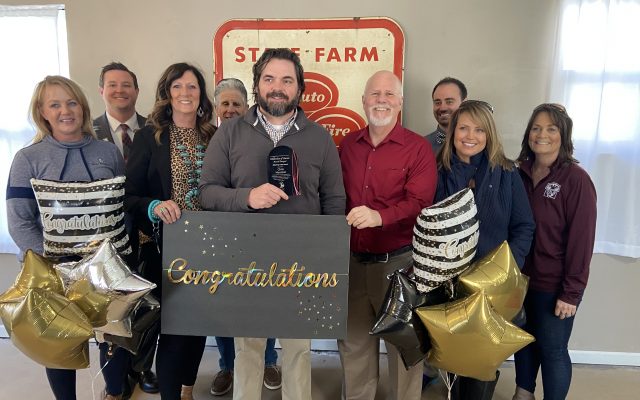 (Farmington) Chris Morrison was presented the KREI/KTJJ 110% Award today through the Farmington Regional Chamber of Commerce. Morrison was recognized for the many not for profit organizations that he’s associated with. Morrison says he’s humbled by the honor. 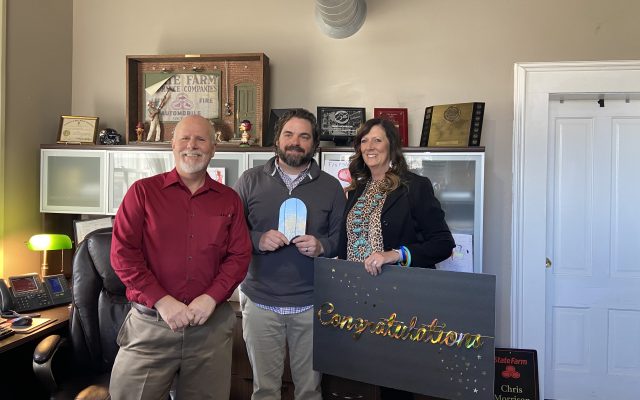 Despite all of his accomplishments, Morrison says his biggest success revolves around his wife and children.